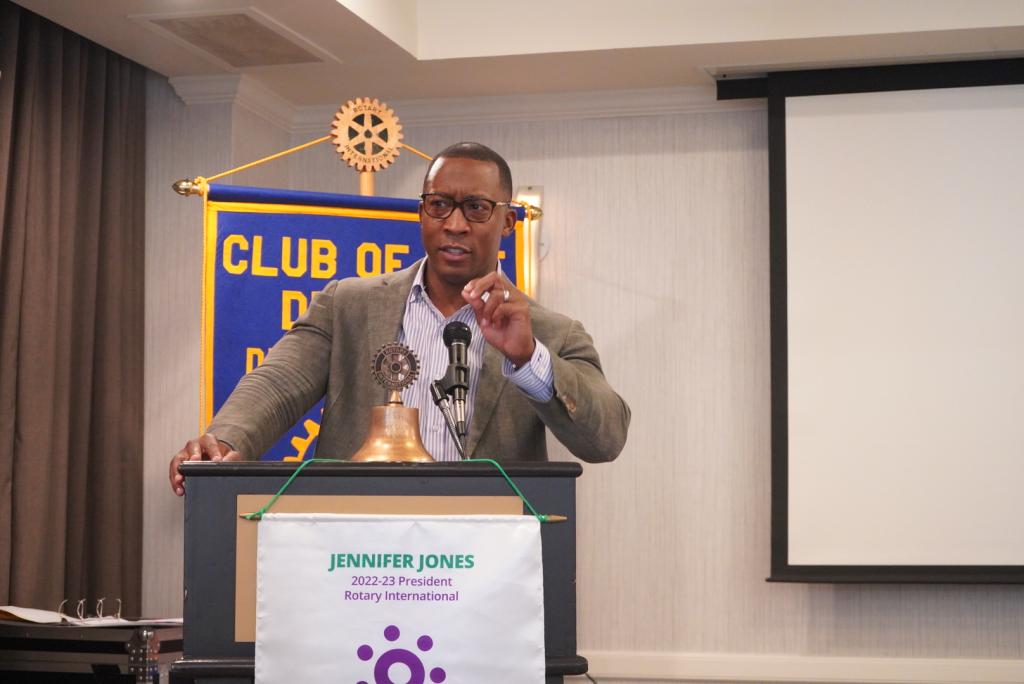 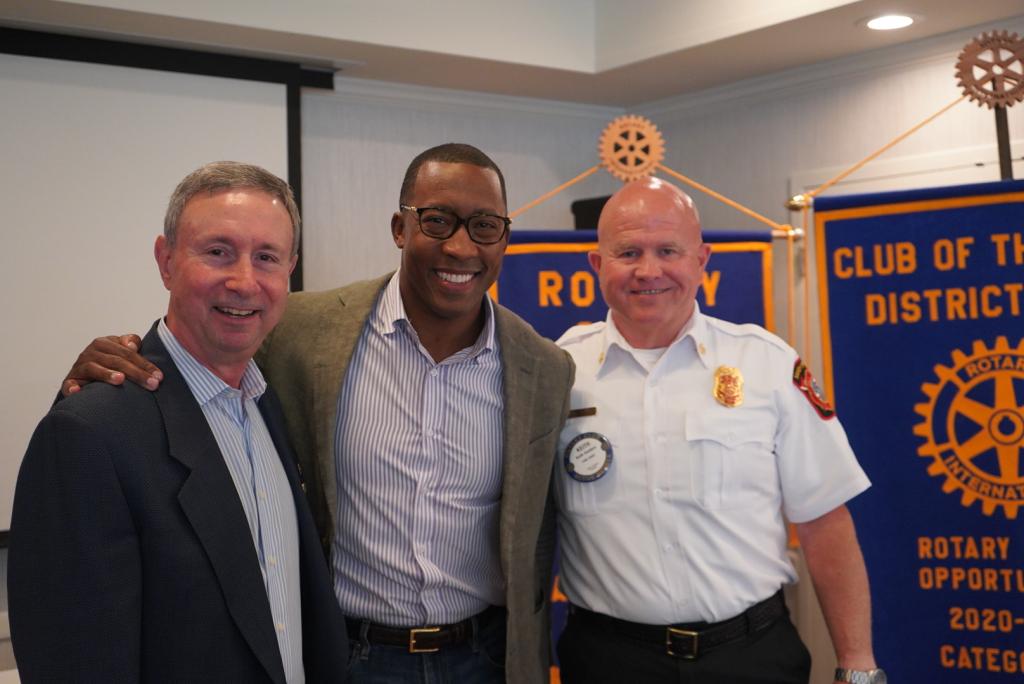 Monday, August 8th, Mr. Mayo Sowell spoke to The Rotary Club of Sandy Springs. Mayo Sowell is the Pastor and founder of LIIV Atlanta(Love, Integrity, Influence, Victory) church that will be holding it's first service on September 18th, 2022 in the studio theater at City Springs.

Mayo moved to Atlanta after graduating from college. He pursued a career with the Buffalo Bills and planned to live in the city during the NFL off-season. That all changed when he tore his ACL and was cut from the Buffalo Bills. He decided to start selling drugs to maintain the level of income needed to continue living the same lifestyle of his peers in the NFL. With Atlanta serving as his headquarters, Mayo built a vast network of dealers up and down the East Coast from Miami to New Jersey. That decision finally caught up with him when the Federal government, who had been tracking him, arrested him during a drug deal in Arizona.

Mayo was sentenced to five years in prison. He spent the first four years of his five-year prison sentence planning to go back into the same lifestyle. That all changed one day in prison when a fellow inmate introduced him to Jesus.

Mayo ended up at Church of the Highlands in Birmingham, Alabama, where over the course of seven years he went from a church attendee to Highlands College students to staff members to Lead Team pastors. After speaking to a friend who mentioned that he didn't want to stop in Atlanta on an upcoming road trip due to the rise in crime, Mayo had a feeling he couldn't shake. He felt a calling to come back to Atlanta to make an impact on the community... this time for good. This calling spawned his vision to create LIIV Atlanta.

In addition to LIIV Atlanta the church, he also has plans of creating the LIIV Lab. LIIV Lab will service residents within some of the underserved neighborhoods in the city of Atlanta to fill three voids: education, employment, and entrepreneurial training with a world-class facility that will be available to the community Monday through Friday.

You can find out more about LIIV Atlanta by visiting their website at https://www.liivatl.com/

Thank you for speaking to our Club and for all you are doing in our community Mayo!